March 11, 2012
It's no exaggeration to say that my first hearing of this duo's 2005 album Insen, and their concert at the Barbican, were transformative experiences for me. I've steered clear of their two subsequent releases, for fear that they would be disappointing (while developing a considerable awe of Carsten Nicolai's other work, and Raster-Noton in general). But this time, I felt ready.

Within the first few seconds, something new is obvious: there is a wonkiness absent from the earlier work... everything is still very precise, but now sometimes it's very precisely slurred. Sakamoto's piano is as achingly perfect as every, its minimalism leaving you craving more. Nicolai has dialled down the glitches which dominated his contributions before, and instead has developed a knack for a subliminal throbbing tunefulness which counterpoints the delicate piano trills. The effect is awesome. My highlight is the eleven-minute Naono, in particular what we might call the second movement: a bassy hum plays a snippet of melody which is constantly resolving itself, a sequence which wouldn't be out of place in the closing bars of a romantic symphony; this sense of coming home is challenged by persistently questioning piano flourishes, and punctuated by occasional Morse code blips... the timing is perfect, and the overall effect is of a combination of stasis and perpetual motion and I just don't want it to stop.

I bought this from Boomkat. They call it Home Listening / Modern Classical / Ambient.
genre_boomkat_modern_classical label_raster_noton year_2011 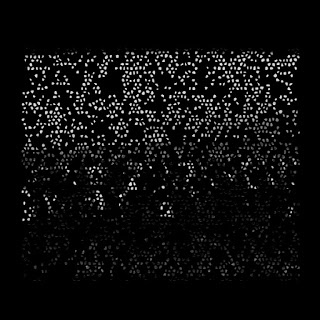 This release was pretty exciting to me, given my feelings about all the protagonists: Jóhann Jóhannsson's  The Miners' Hymns  was one of my albums of 2011, Hildur Guðnadóttir's Leyfðu Ljósinu was one of my albums of 2012, and Robert Aiki Aubrey Lowe's FRKWYS collaboration with Ariel Kalma, We Know Each Other Somehow , is bound to be on the shortlist for this year. Let's talk about the music first. Guðnadóttir is crediting with cello and voice, Lowe with synths and voice, and Jóhannsson with electronics. (Those voice credits are more reason for me to get excited, since the distinctive vocal work was a big part of the attraction of both  Leyfðu Ljósinu  and  We Know Each Other Somehow .) The first two of the four tracks focus mostly on the cello: Part 1 is a straight-up drone work with all the business happening in the harmonics, Part 2 a little more melodic while still suitably glacial, and obviously I lapped this up. The second two focus mostly on the vocals: Pa