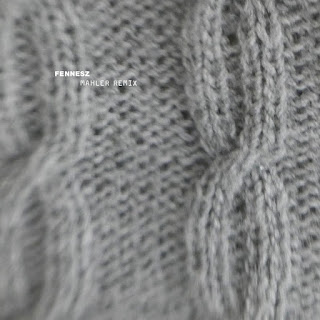 In which Christian Fennesz applies the techniques he usually uses on his guitar to a bunch of recordings of fellow Austrian Gustav Mahler (and his guitar). This inevitably invites comparison with Matthew Herbert's working over of the composer's tenth symphony for Deutsche Grammophon's Recomposed series. I have to say, the comparison does this work no favours: Herbert's work was meticulously detailed, had a rich variety of tone, felt like it was interrogating and responding to Mahler's work, and surprised and delighted me; Fennesz, it has to be said, sounds very much like Fennesz here, incorporating or even subsuming the source material into his own act (this is a live recording). Still, they say that comparison is invidious, so let's put that aside... On its own merits, this is a very good Fennesz record, with all the lovely ambient fuzz you could hope for, with the occasional recognizable orchestral (or, once or twice, choral) swell adding a welcome extra dimension. It also incorporates bits of Liminality from 2014's Bécs, which is nice.

I bought this from Boomkat. They call it Modern Classical / Ambient.
genre_ambient label_touch year_2016