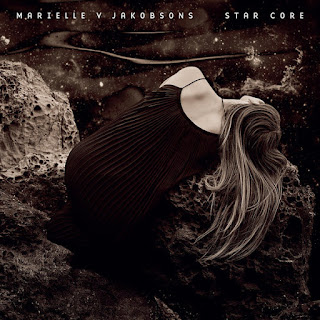 I was first drawn to this because I was curious about Jakobson's Macro Cymatic Visual Music Instrument, a homemade construction which transduces the vibrations in water into sound (I won't try to explain it any more than that, instead you should just go see it in action). Certainly there are some interesting sounds going on here, although I must admit there's nothing which sounds quite as sui generis as its method of production. There's lots of smart analogue synth work here, including some excellent long wonky squelchy bass notes, some nice touches of flute, some breathy female vocals which inevitably remind me of Grouper. I must admit that there's been a lot of very unadventurous music in this mould coming out for quite a while now, and I tend to have an instinctive "thank you, next please" reaction when I hear it (especially that clichéd vocal sound), and I probably only stuck with this because of the (surely reverse?) cymatics... If that's a gimmick, then I guess it did its job. Still, there is plenty of interesting stuff going on with this record, sonically and melodically, and I'm pleased I took the time to get to know it.

I bought this from Boomkat. They hedge their bets and call it Electronic, Modern Classical / Ambient.
genre_electronic label_thrill_jockey year_2016