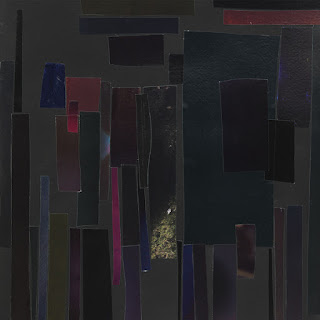 Wow, how brilliantly bonkers is this??? Vocally, Gately ranges from chirpy pop to melodramatic cabaret and incorporates eccentric yelps and shifts of tone and basically comes over like a Kate Bush for the attention-deficit generation. Musically, it's equally full-on: synth-heavy, densely-layered, chaotic, over-the-top, and wickedly inventive. She never misses an opportunity for an extra flourish or parp or clang, and if she can squeeze a mariachi-style trumpet or a plinky little piano line in as well then all the better. To accuse this record of overshooting in its "chronic maximalism", as the normally sound Resident Advisor did, seems to be missing the point: it's like ordering an orangeade and then complaining it's too orangey. I suspect that Gately would take that as a compliment. The key thing for me is that, for all that, it never feels random: every additional element seems to add rather than subtract, which is a bloody hard thing to pull off. Listening to this feels a little bit like riding an out-of-control fairground ride while you're off-your-face drunk (probably): if you try to resist it or make sense of what's happening to you, it's probably going to be pretty unpleasant, but if you let yourself go, it's a delirious thrill.

I bought this from Boomkat. They call it Electronic.
genre_avant_pop label_tri_angle year_2016